Rattler first appeared in Captain America #310, published in 1985, and created by Mark Gruenwald and Paul Neary.

Rattler usually attacks his opponents by means of his bionic tail: either "rattling" them -- an area of effect sonic blast  -- or bludgeoning them. 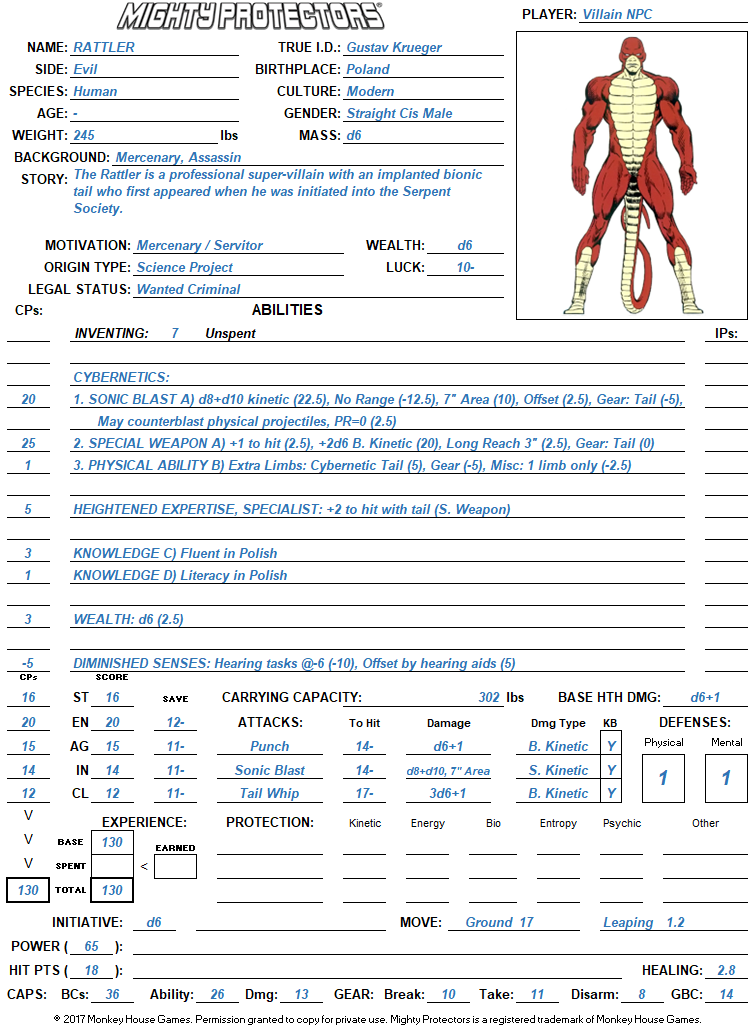 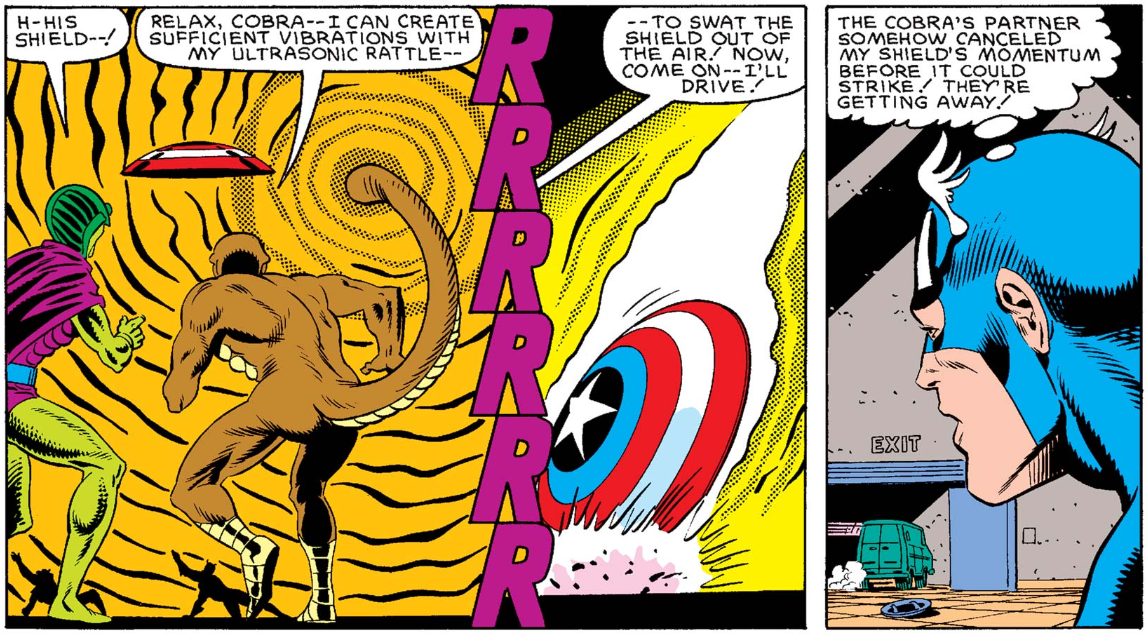 Rattler and Serpent Society are trademarks of Marvel Comics, Mighty Protectors is a trademark of Monkey House Games. This write-up is by B.K. Adams.
Posted by bk adams at 12:29 PM