The only allowed Modifier was Gear, although Abilities with built-in modifiers were allowed. Jeff also allowed for small CP changes to the characters, which in my character's case were Heightened Agility and Heightened Cool that I tacked on to two of the randomly rolled abilities.

The campaign is set in present-day Austin, Texas. The famous hero known as the Golden Guru held auditions for members of his new superhero team, with the PC's being the lucky heroes picked (this was hand-waved for brevity).

Character generation took about half of our allotted time. The other half involved a fight in an alleyway with the Roller Girls. Alexander used his magnetic manipulation ability to lift several metal dumpsters to first block the villains from escaping and later to capture them.

Here is the character that I randomly rolled, Alexander the Gr8! 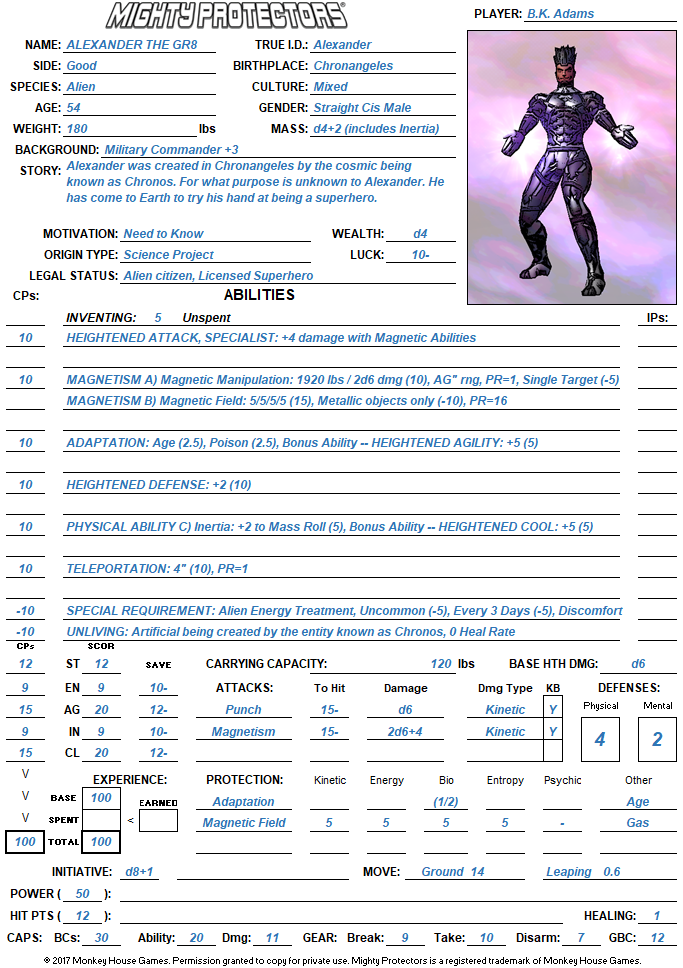