Here's a compilation of macros I made for playing V&V3.0: Mighty Protectors using Roll20.

Please note that these macros use the fan-made Roll20 sheet called "Villains&Vigilantes", but the sheet was built for the Mighty Protectors version of V&V.

Here's my V&V3.0: Mighty Protectors write-up for Venom, a Marvel super-villain (and later anti-hero), who was originally a foe of Spider-Man.

This version of Venom hails from the comics of the late 1980's to the early 1990's. In these issues, Venom is most definitely a villain, and on more than one occasion, even though he remarks how it is "regrettable" to kill an innocent person, that's exactly what he does.

Venom is much stronger than Spider-Man, and definitely stronger than his "official" ability of being able to lift 11 tons. In several of these early issues he lifts and throws cars and lifts a bulldozer.

Venom's webbing is just like Spider-Man's web, only it's natural -- not from a gadget.

Venom is highly accurate; he often hits victims in the face with his webbing. In MP, this is a called shot with a penalty of -6 to hit. Venom actually asphyxiates to death several innocent victims by webbing over their mouth and nose.

The Venom "skin" can change its shape to almost anything, thus I gave him the Shape-Shifting ability along with Invisibility with the Camouflage modifier.

Using the LInked modifier is the closest I could come to simulating how Venom is a symbiote that lives "inside" Eddie. The times when the symbiote is driven out of Eddie can be done in Mighty Protectors by using the Siphon ability, with all of Venom's abilities treated as one because they are linked together. 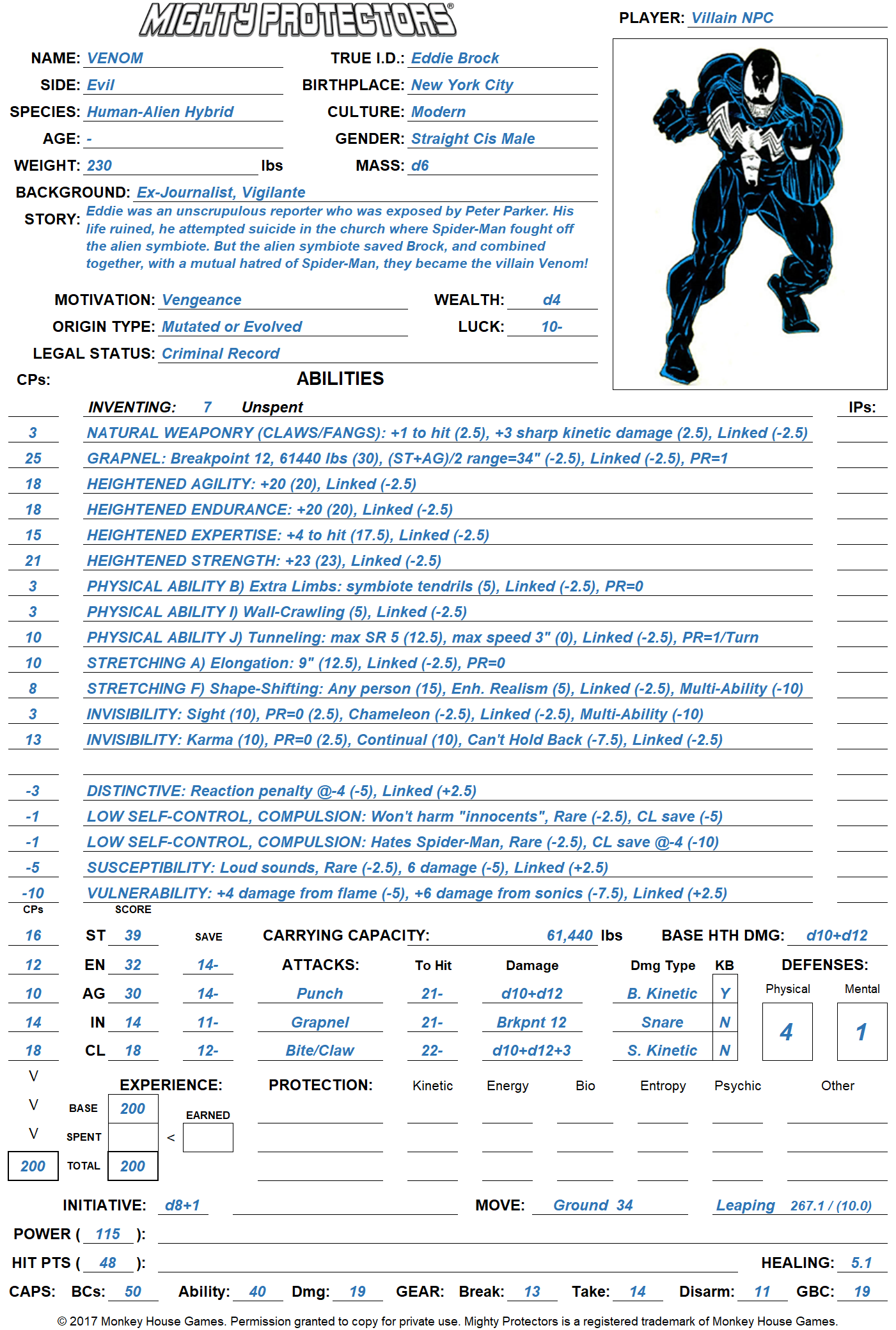 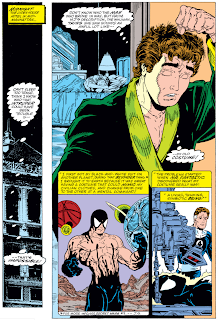 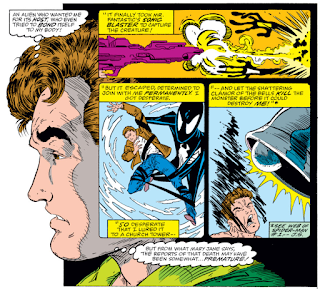 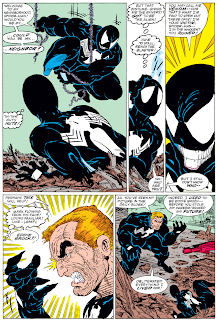 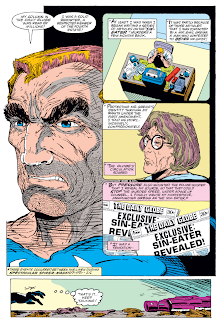 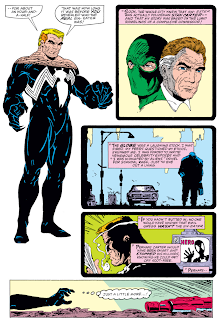 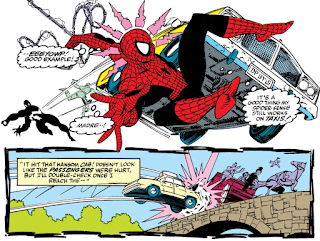 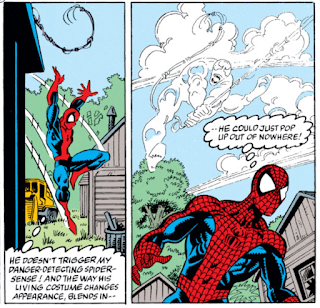 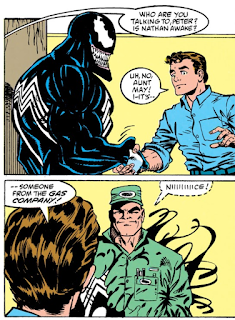 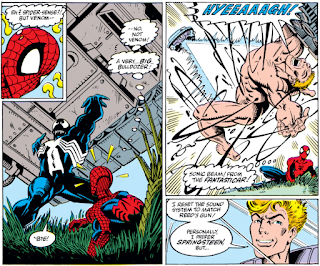 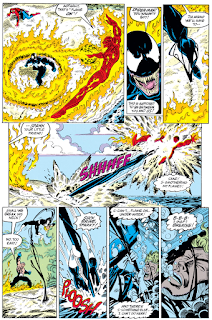 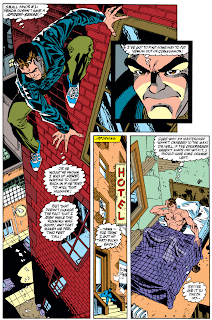 Here's my V&V3.0: Mighty Protectors write-up for Morbius, a Marvel super-villain (and later anti-hero), who was originally a foe of Spider-Man.

This version of Morbius hails from the early 1970's to about 1980. In the issues I read he does not exhibit any of the following abilities: mind control, turning to mist, or regeneration. 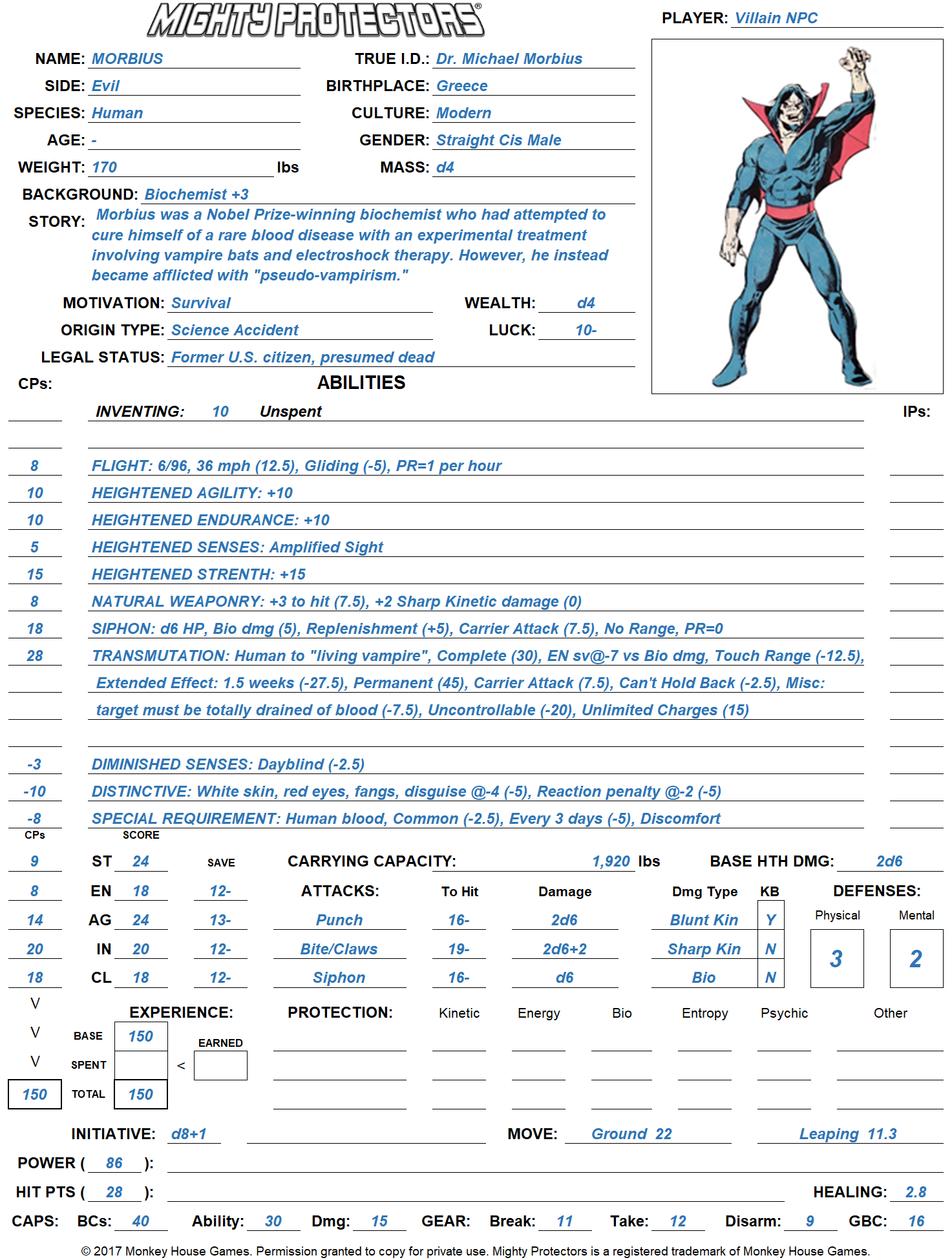 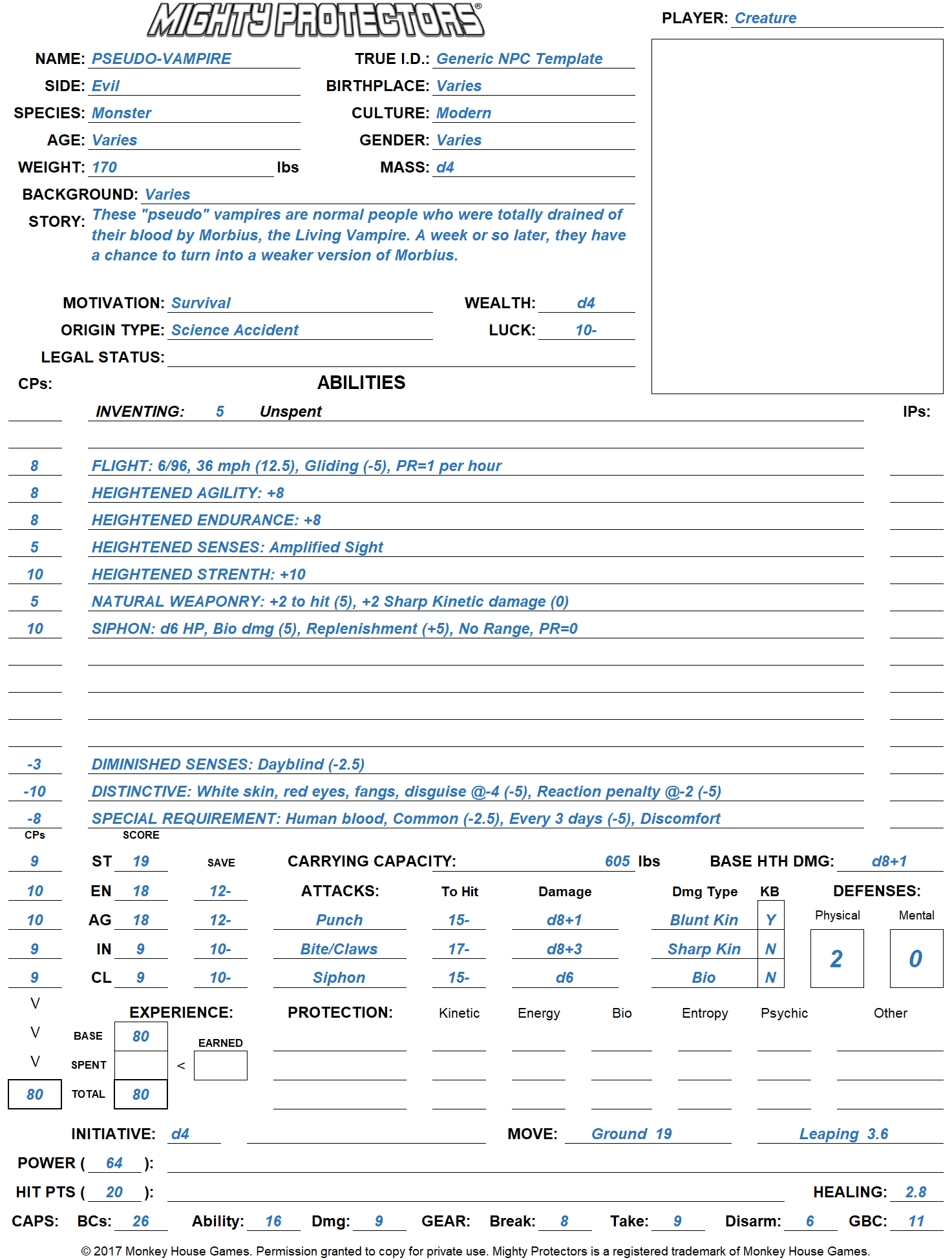 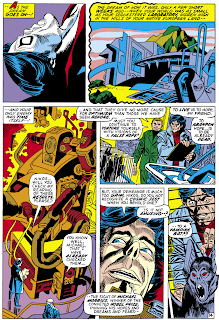 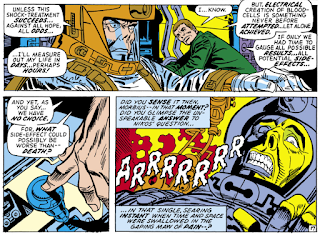 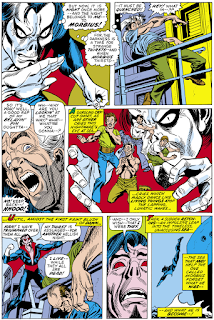 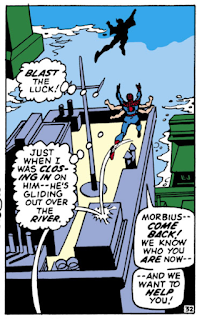 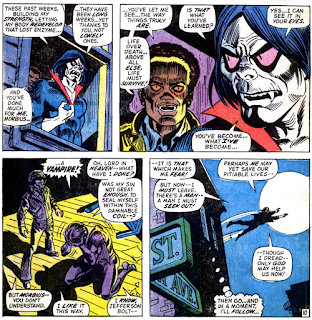 Here's my V&V3.0: Mighty Protectors write-up for the Kingpin, a Marvel super-villain and long-time Spider-Man foe! Note that this is the Silver Age version of the villain with stats and abilities as they were depicted in early issues of The Amazing Spider-Man comic book.

The Kingpin was created by Stan Lee and John Romita, Sr. and first appeared in Amazing Spider-Man #50, published July, 1967. 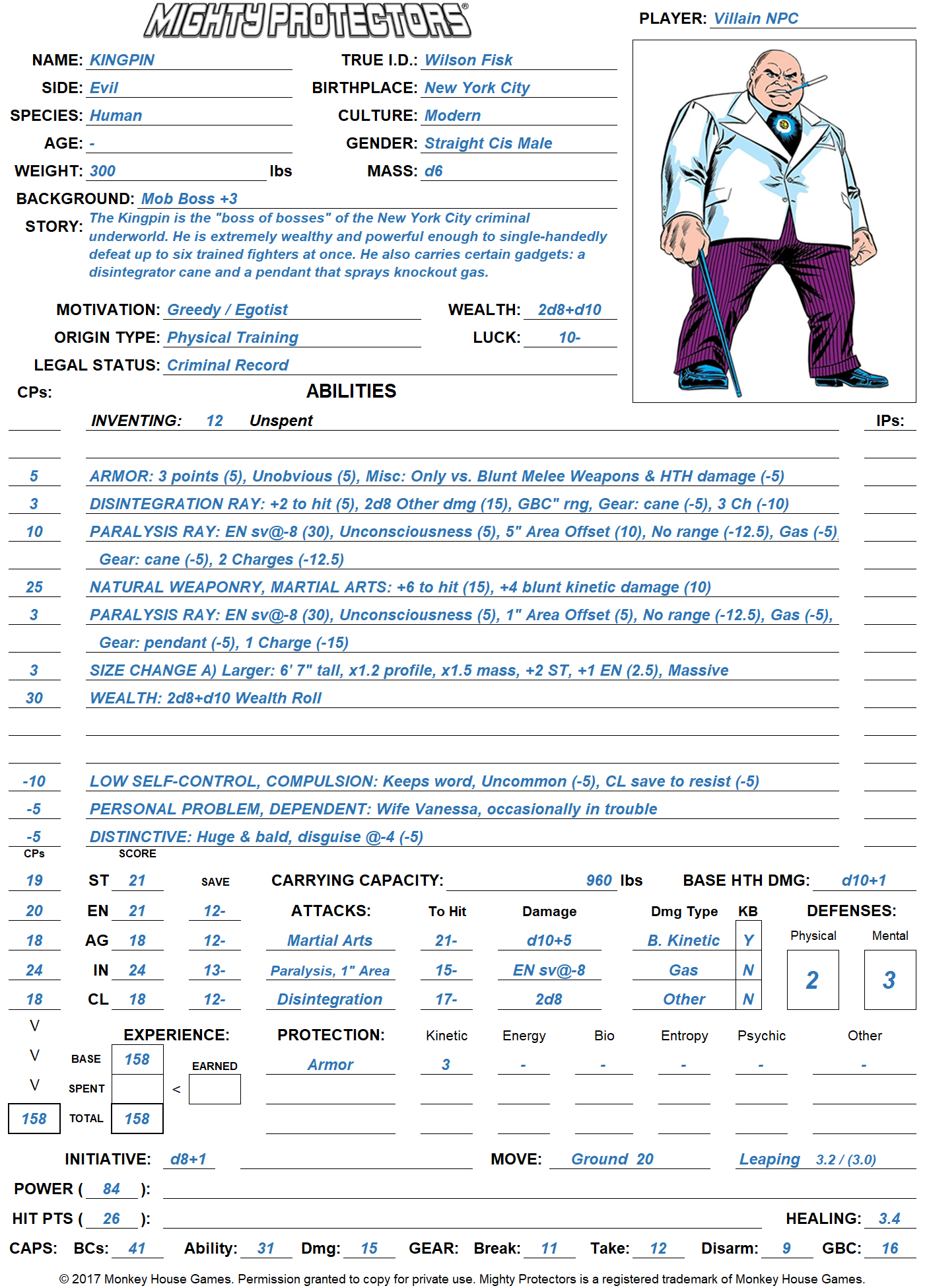 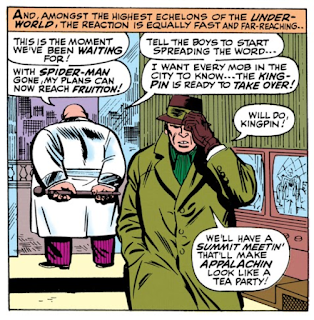 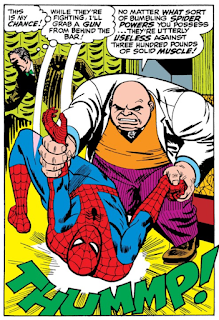 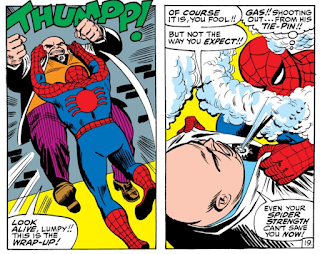 Notes:
1. The second number shown, in parenthesis, on the Leaping line of the Kingpin's character sheet is from my house rule on leaping. The first number shown uses the official MP rules.

Note: For convenience, Savage Worlds is abbreviated to SW and Mighty Protectors to MP.

STEP 3 – Convert Super Powers: Mathematically, 1 point of a SW super power corresponds to about 1.8 MP CPs, but for simplicity sake, just double the base SW Power cost to get an approximate MP CP cost. Where game mechanics vary widely, use MP’s core ability CPs of 10/20/30 when doing the conversion, or use your judgement when deciding how many CPs the converted power should have.

When converting damage-causing super powers use the 2-to-1 formula or the Damage Conversion Chart, whichever allows the character to stay within its power level.

STEP 4 – Convert Gear: If the piece of gear is a weapon, see if it is listed under MP’s Special Weapon C) Standard Weapon. If it is not listed, or if the gear is not a weapon, then you will have to build it using MP’s Abilities and one or more modifiers, including the Gear modifier. Any CPs spent on Gear must be taken out of CPs spent on the character’s MP Abilities.

STEP 6 – Convert Edges/Skills: For conversion purposes, Edges and Skills count as bonus MP Abilities. If there are points left over after Step 2, 3 and 4, then convert the ones that fit MP’s system. See the Edge and Skills chart below for examples.

3a. Damage Chart. Use this chart when you are not sure what the CP cost should be. Each additional +1 of SW damage should correspond to +2.5 CPs. Note that "MP CPs" and "MP Avg Dmg" are based upon the MP Ability Power Blast.

5b. Skills Chart
Fighting and Shooting should be converted into MP first. Others SW skills, like driving, piloting, lockpicking, etc. can become specific Knowledge A tasks.

6. In its Rogues section, Savage Worlds Supers includes a fair selection of interesting villains of differing power levels. Shown below is the conversion of Brimstone.

Power Level: Four Color. In MP, this equates to a Standard Power Level with a total of 150 CPs

Edges: Arcane Background, Berserk, Bruiser, Counterattack, Harder to Kill. I have 10 CPs left for Edges and/or Skills. I’ll go with (5) CPs of Durability which equates to Harder to Kill.

Skills: Fighting d8, Intimidation d6, Notice d6, Shooting d12. Because Shooting is higher than the character’s Agility, and I have 5 CPs left, so I’ll go with (5) CPs of Heightened Expertise, Specialist with Flame Blast.

Putting it all down on an MP character sheet, Brimstone looks like this: 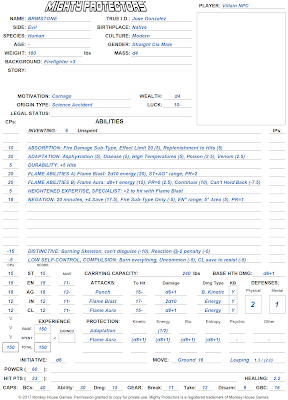