Here's my MP write-up for Gamora. This version reflects her stats & abilities as they were depicted in the early 1970's, before she is killed by her "father", Thanos. Gamora is billed as "the most dangerous woman in the universe!", and at this point in the Marvel Universe, it is probably a correct statement. In game terms, she will almost always take 2 or 3 attack actions, with a penalty of -3 or -6, respectively. 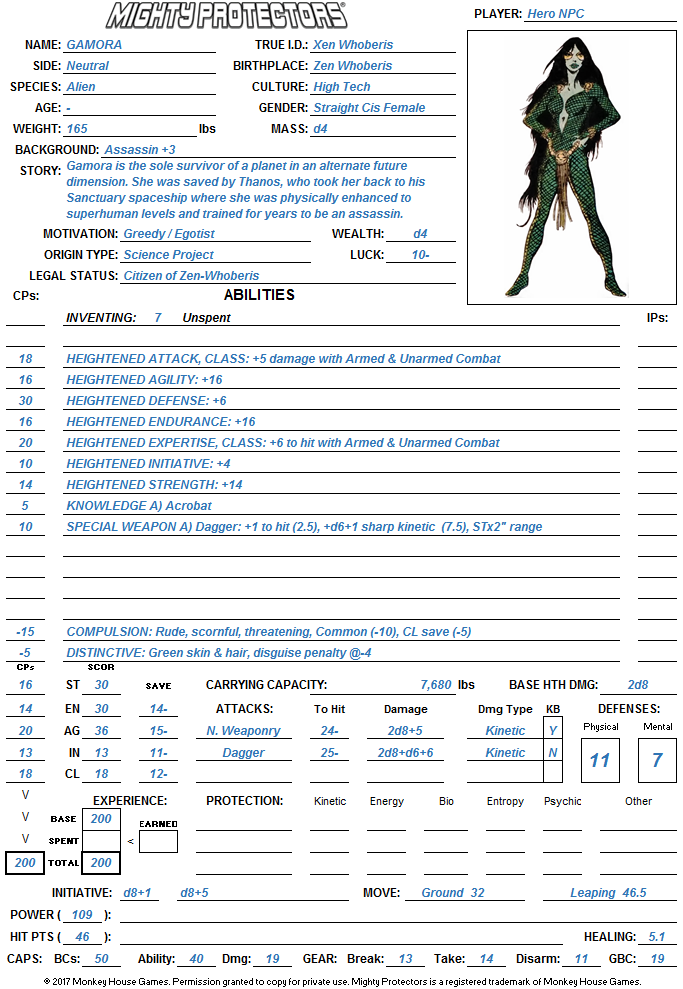 Gamora is a trademark owned by Marvel Entertainment Group and is used here for commentary purposes under the Fair Use Act.