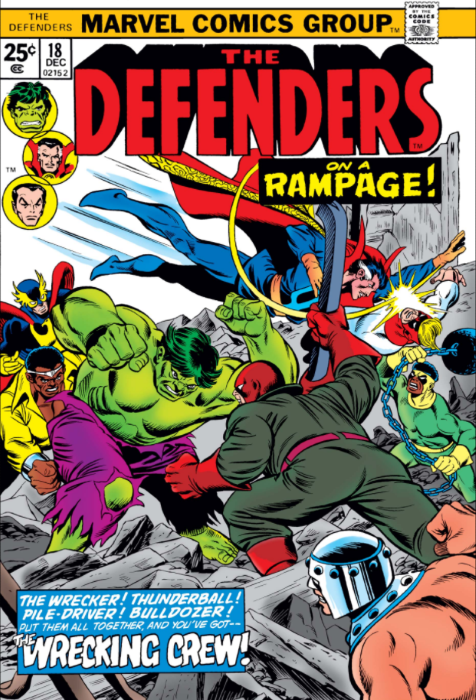 Here's my take on the bronze-age Wrecking Crew, a Mavel super-villain group that includes: Bulldozer, Piledriver, Thunderball, and the Wrecker himself.

Wrecker accidentally got his powers from Loki. Later, he gave some of his power to the other members of his crew. Below is an image showing their MP character sheets.

The Wrecking Crew first appeared in Defenders #18. Here's a pic of their origin story from that issue: 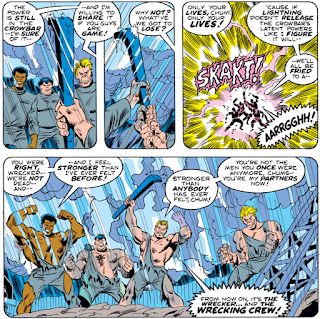 Here's a pic of the Wrecker using his enchanted crowbar to deliver an area effect attack:

And here's Bulldozer and Piledriver doing their thing:

Lastly, here's a pic of Thunderball in action:

Wrecking Crew, Bulldozer, Piledriver, Thunderball, and Wrecker are trademarks of the Marvel Entertainment Group and are used here for commentary purposes under the Fair Use Act.