Here's my Mighty Protectors write-up for Changeling (who was formerly known as Beast Boy). His stats & abilities are modeled on the character's portrayal in the New Teen Titans comic, issues #1-#6, published circa 1980. The New Teen Titans was created by Marv Wolfman and George Perez.

Modeling his shape changing powers in the Mighty Protectors rules is a bit tricky...  I ultimately decided to use Arsenal as a one-stop-shop for all of his different animal forms. At 75 points, the Arsenal cost exceeds his Ability Cap by quite a bit, but I feel it's worth it because it is by far the easiest solution to the problem of simulating his powers.

You can see a google sheets version of his arsenal here @Changelings Arsenal. I did create one of his animal shapes, an elephant. Note that every one of his animal forms should include 38 CPs of Regeneration, as shown on Changeling's character sheet. Also note that by spending just 5 xp, the number of slots in his arsenal could double from 36 to 72, which is possible with the 'Split Slots & Options' modifier found under the Arsenal ability on p. 27 of the MP rule book. 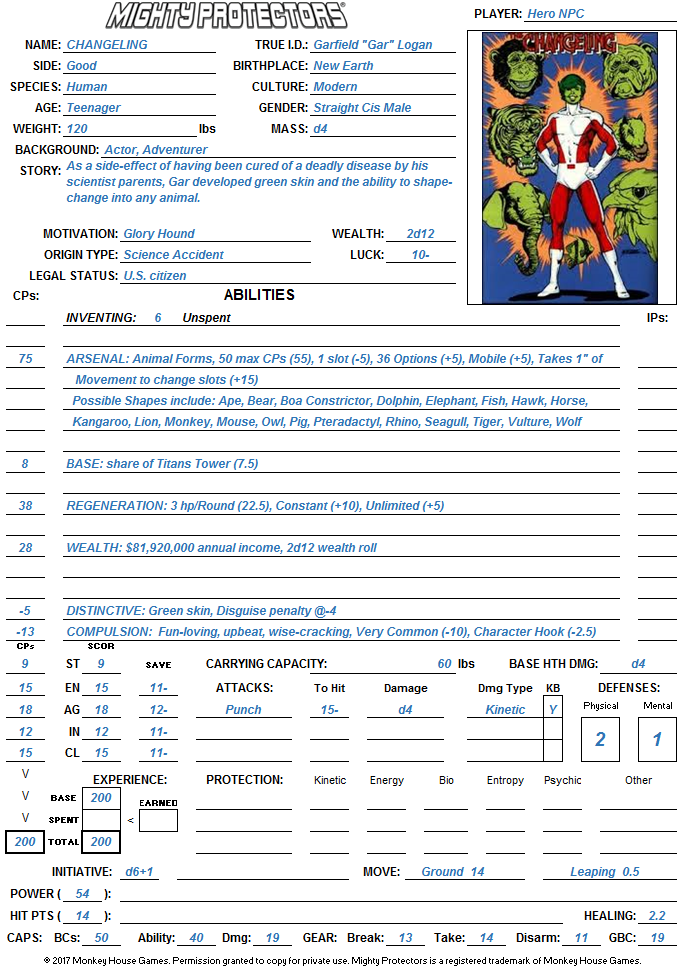