After being an "Avenger in Training" for a few issues, Captain Marvel (aka Monica Rambeau) joins the Avengers in issue #232. Here's my take on her abilities using the Mighty Protectors rules.

I decided to revise some of Captain Marvel's abilities by using a modified version of Light Control:

E) Invisibility: The character can turn invisible to sight using the Invisibility Ability.

F) Photonic Form: Take the Non-Corporealness Ability to enable the character to assume a form of pure light energy. 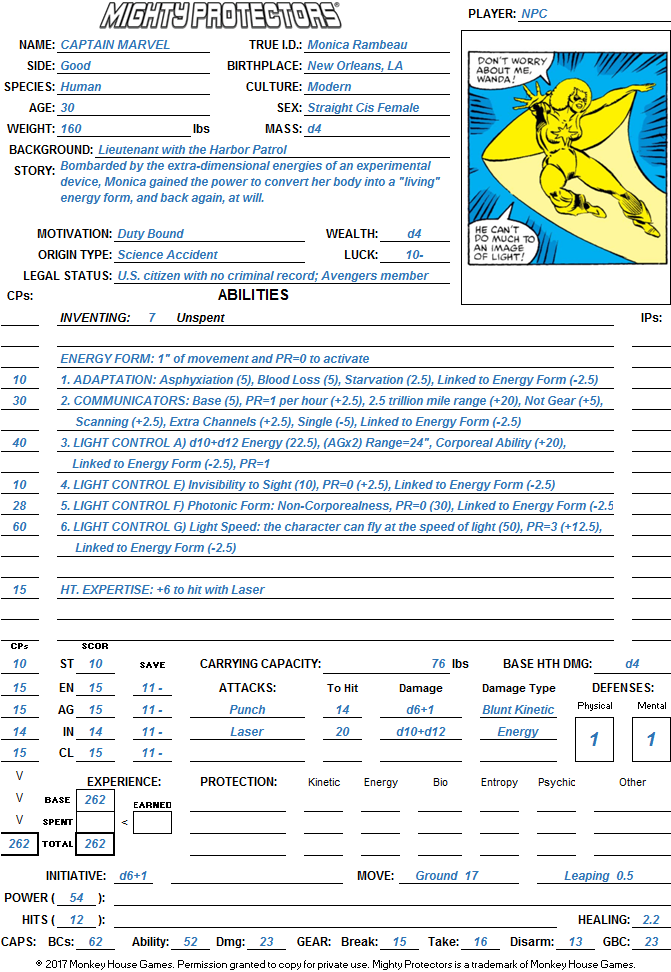