On the MHG forums Dan2448 requested that I write-up the Valiant Comics hero known as X-O Manowar.  Although I was familiar with the name, I had never read this comic. I became intrigued and did a bit of research: X-O Manowar looks like it was a really cool comic book -- one that I wish I had collected back in the 90's.

Since the power-armor suit contains a sentient AI named "Shanhara", I had initially considered making the suit a man-sized vehicle (using Size Changer Smaller), but doing that bends the rules a bit, so I ultimately went with the suit as a collection of abilities that uses the Linked modifier. Aric must spend 1" of his movement to activate the suit.

Note that this version models his stats and abilities as they existed in the 1990's. Also note that I do not have access to a lot of source material so consider this write-up an "in-the-ballpark" translation of the character.

In any event, here's my Mighty Protectors write-up for X-O Manowar. Enjoy! 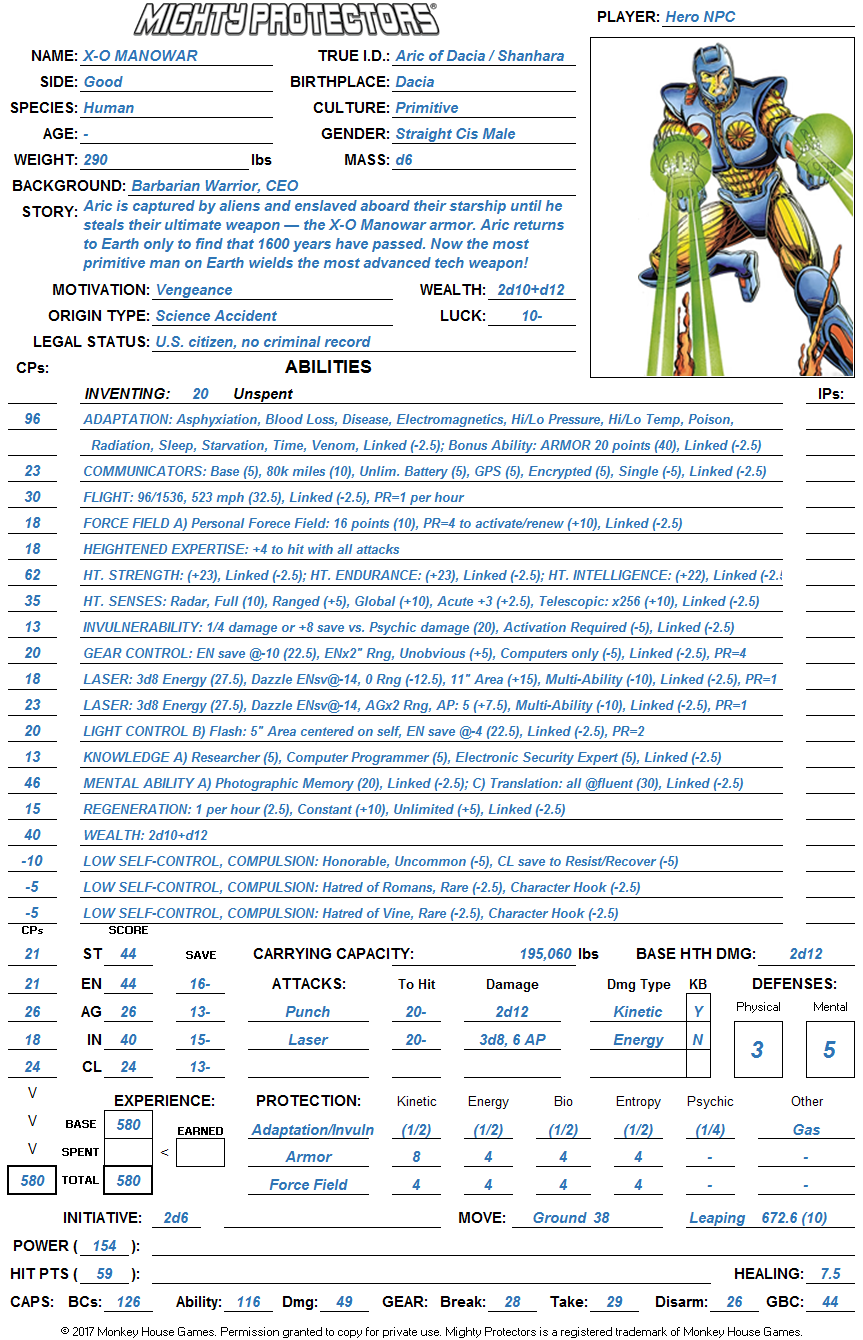