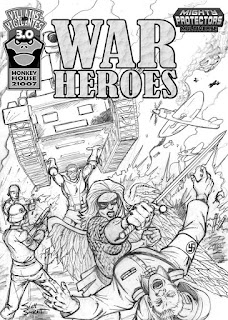 These four Special American Volunteer Expedition characters are the original PC heroes from my very long-running WW II playtest campaign for the Mighty Protectors rules. Updated versions of these characters, including new artwork, will be included in my upcoming MP source book, War Heroes. Winged Victory is figured prominently in this raw cover art & mockup on the left. Art by Scott Sackett.
I had originally posted these characters a couple of years ago on the Monkey House Games forums but they've been kind of buried in old posts... so I figured that I would re-post them on this blog. The rules and the character sheets have changed since these versions of the characters were originally posted, but the overall abilities of the characters hasn't changed much. 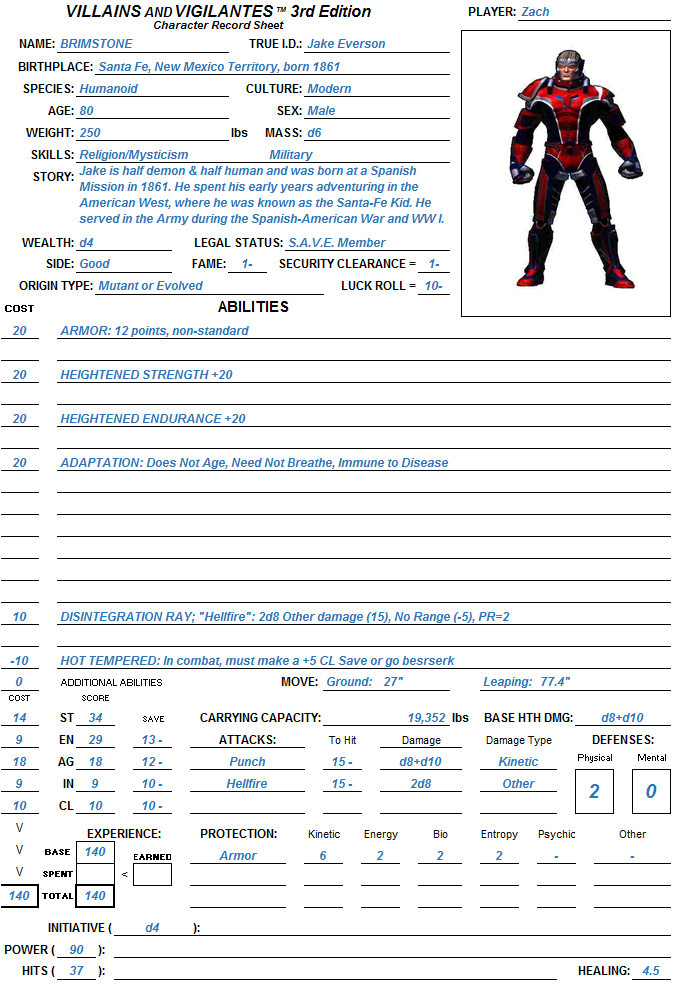 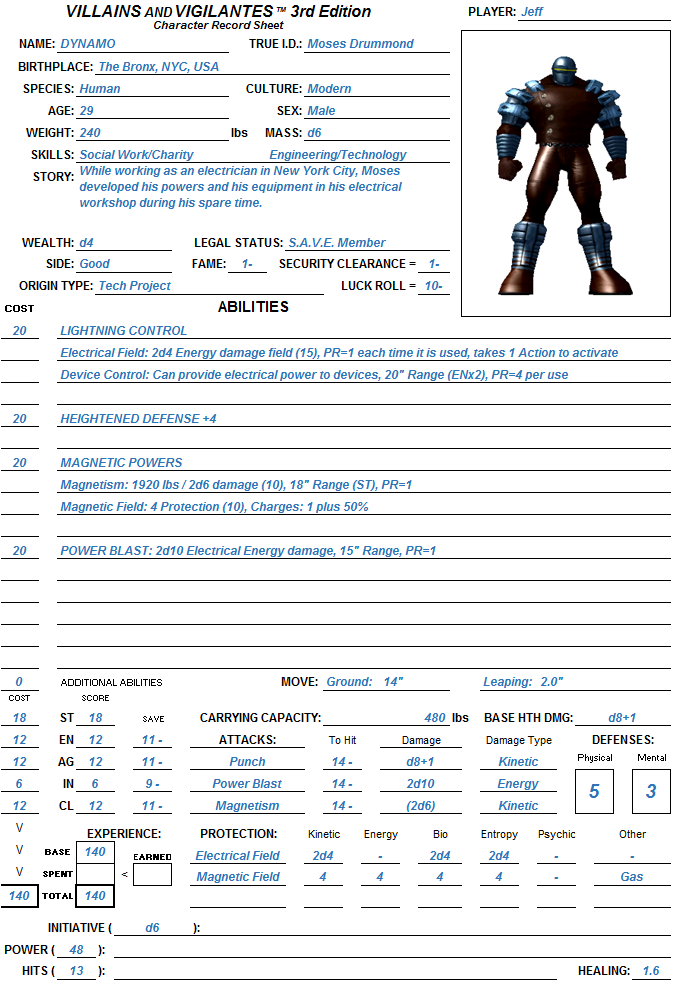 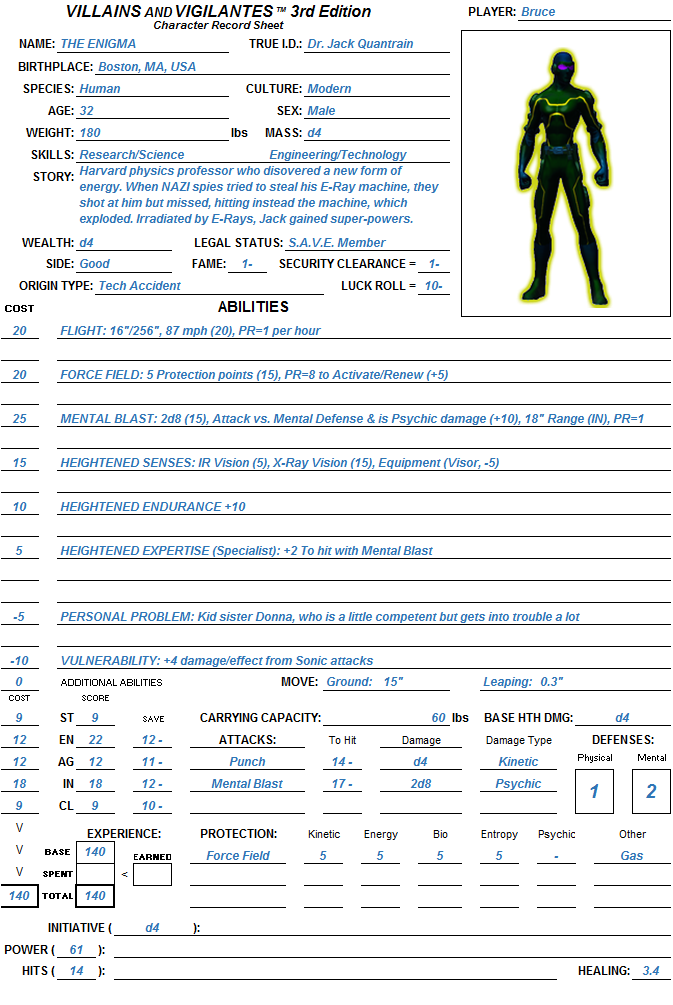 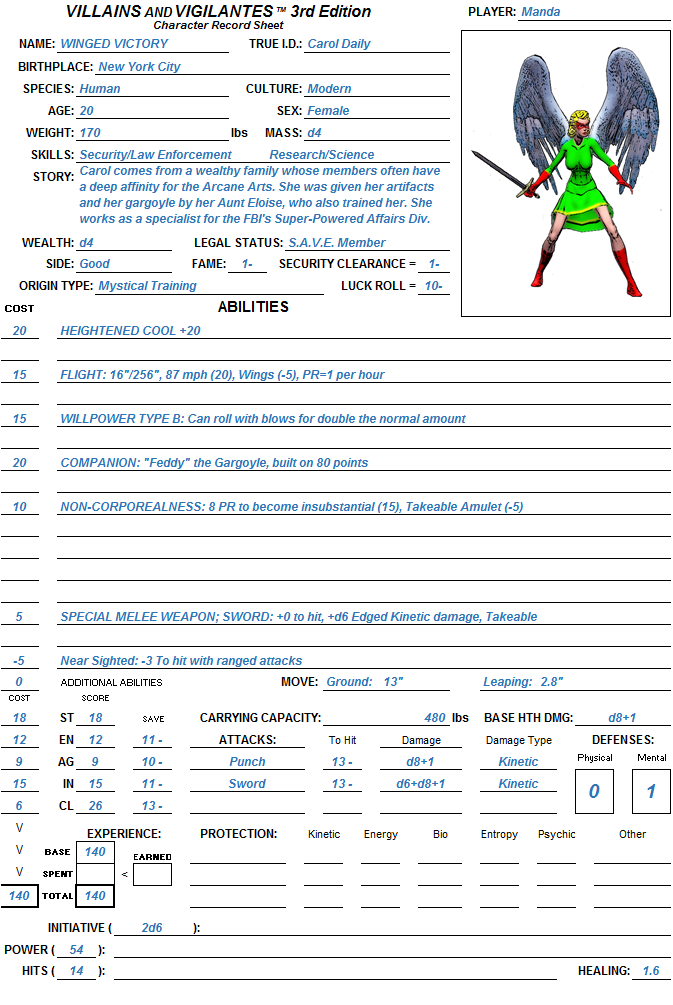 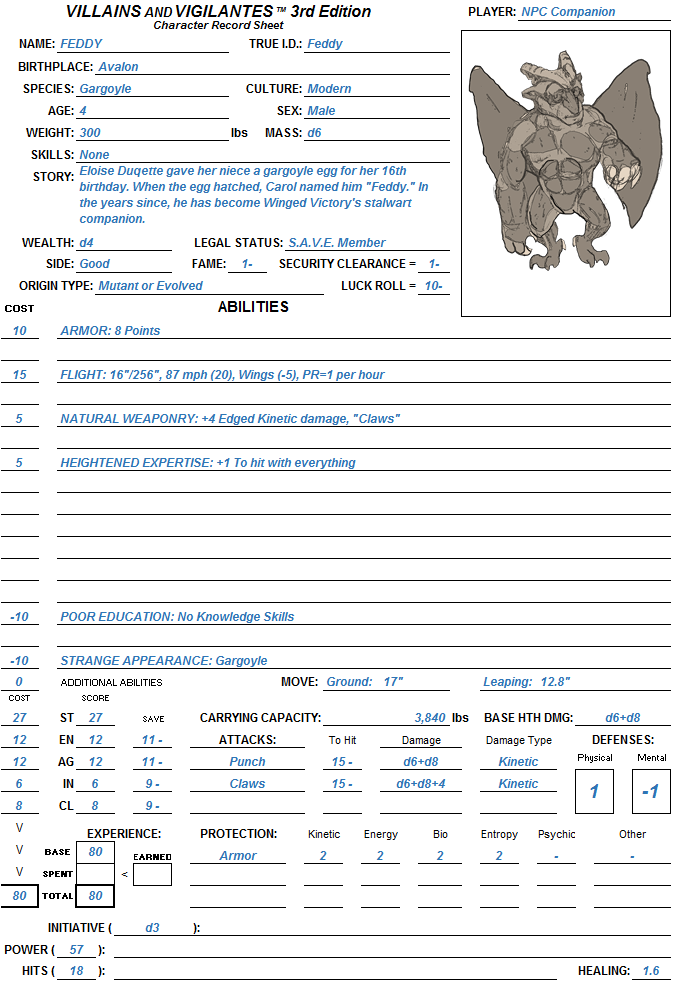 Villains & Vigilantes is a trademark of Scott Bizar