This page will show write-ups for various Asgardian heroes, villains, and creatures as shown in various Marvel comics. Their stats & abilities will reflect their Silver Age appearances in comics like Journey into Mystery, Tales of Asgard, and The Mighty Thor. 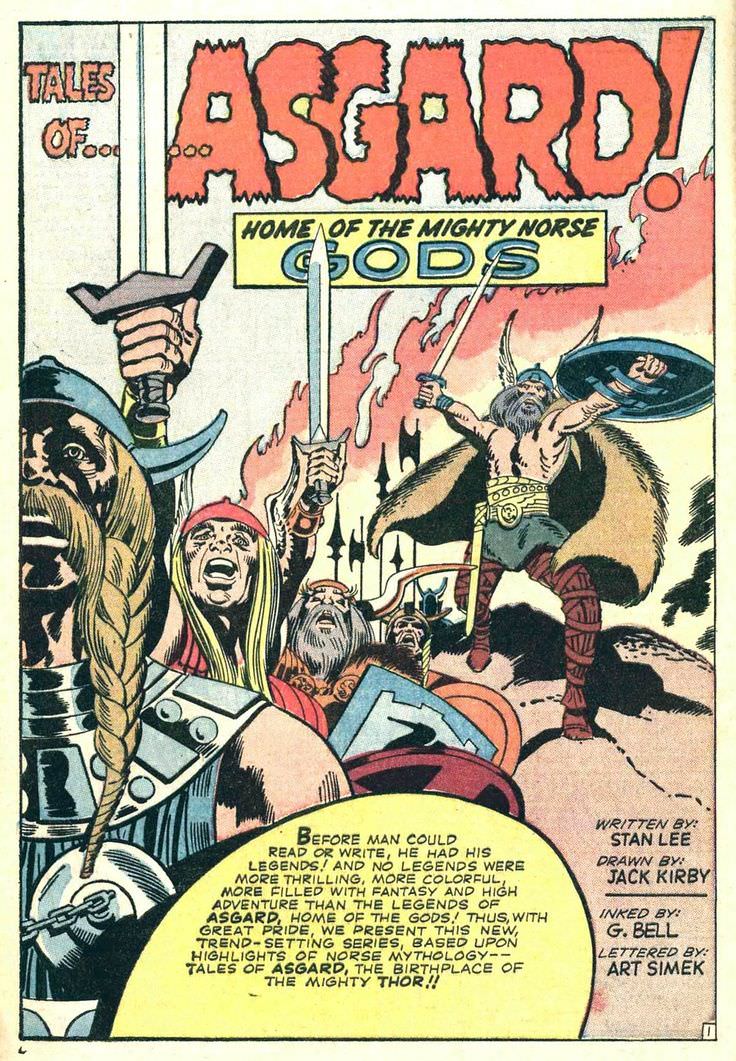 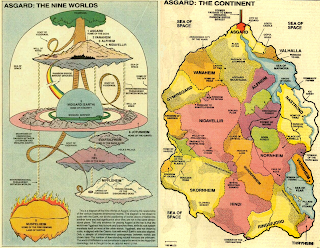 Getting There
Mighty Protectors characters must use the Dimensional Travel ability to reach Asgard or one of its sub-dimensions. Once in the realm of Asgard, characters may travel normally about the continent and are able to gain passage to certain sub-realms. For instance, by traveling into the Asgard Mountains, the characters can reach the portal to Jotunheim or they can get to Svartalfsheim by traveling through the passage in Nidavellir.
Character Notes:
1. The leaping distance shown in parenthesis is from my home brew leaping rules.
2. Asgardian culture is not primitive, and is not purely fantasy in nature -- and they do have some weird Kirby-esque tech -- thus I have given most of them the  'Mixed' culture.
3. Inventing points are used as "Sorcery" points for several characters -- such as Karnilla and Loki. To change spells in 1 Round, the character must make a successful IN save with a penalty of -9. For example, to successfully rearrange his sorcery points and cast a new spell Loki, with a base IN save of 14- and a Sorcery bonus of +14, needs to roll a 19-.

The artwork depicted is copyright by Marvel Comics. The write-ups are by B.K. Adams. Mighty Protectors is a trademark of Monkey House Games. Some text is copied from www.classicmarvelforever.com.