Origin: The "Vortau" is an alien assassin who was born on a world whose dominate life form is a strong insect-like species. As all of the Vortau's race are mute; they communicate by means of telepathy.

The Vortau's true name and features are unknown, as it has never been captured and has never volunteered this information. It is rumored that there are other bounty hunters and assassins just like the Vortau.

Campaign Use: The Vortau makes a good villain to use against the player superheroes, usually after the heroes have meddled with other alien entities.

Tactics: When the Vortau takes a contract he will do his utmost to fulfill the bargain. The Vortau uses his shape-shifting and telepathy to good effect, spending a fair amount of time gathering information on his target(s). Depending upon how deadly the GM wants to make this character, the Vortau may or may not take called shots against a target's head.

The Vortau may use his miniaturized communicator devices to spy upon his target.

Should the Vortau start to lose a fight he must make a CL save at -4 to attempt to flee the scene. Should the roll be made, the Vortau will try to get out of sight then shape-change to an inconspicous form.

Telepathic Quote: --I am the hunter and you are the prey and I shall honor my ancestors by burning a hole in your shell and letting your life-liquid drain--

Notes: The picture shown is one of Vortau impersonating a male human while on a mission to eliminate certain Earth superheroes. 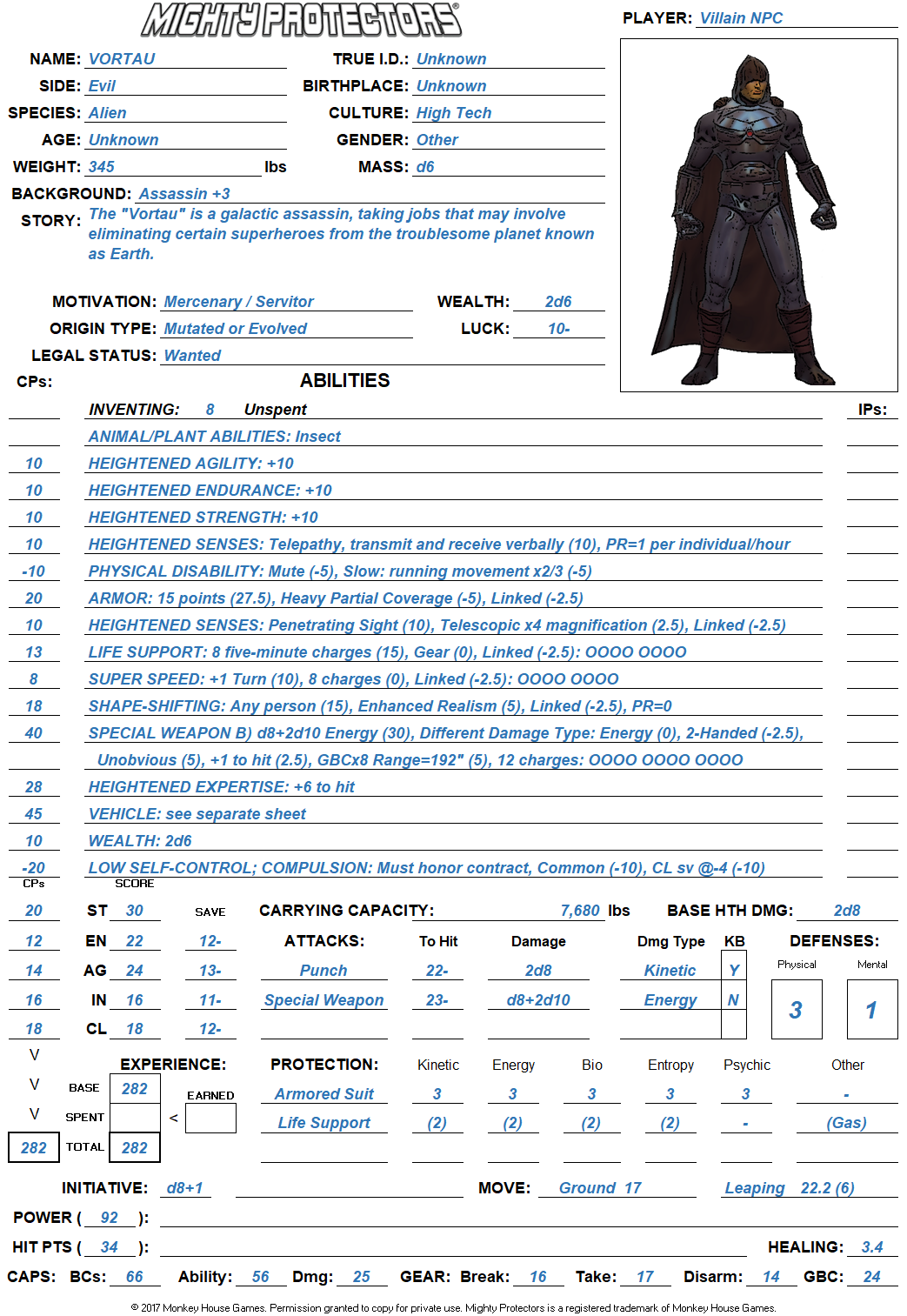 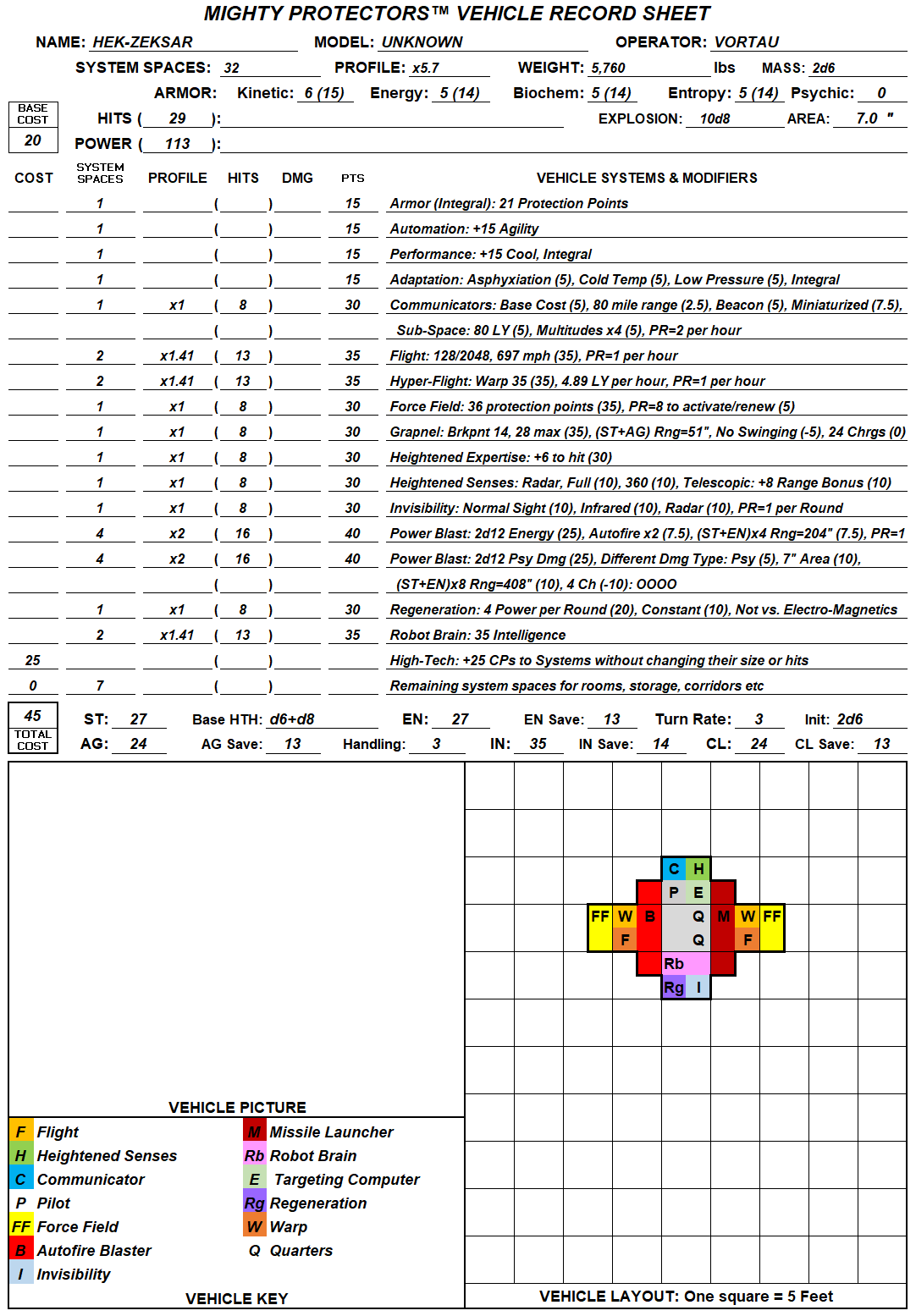 Vortau is copyright 2018 by B.K. Adams. Mighty Protectors is a trademark of Monkey House Games.
Posted by bk adams at 10:33 AM