Here are the MP write-ups for the last of the Teen Titan heroes as shown in Bronze-Age or early Iron Age comics, including: Bumblebee, Herald, and Harlequin. I converted their stats & abilities (as shown in the New Teen Titans Sourcebook by John Terra, published 1990), into the Mighty Protectors rules. 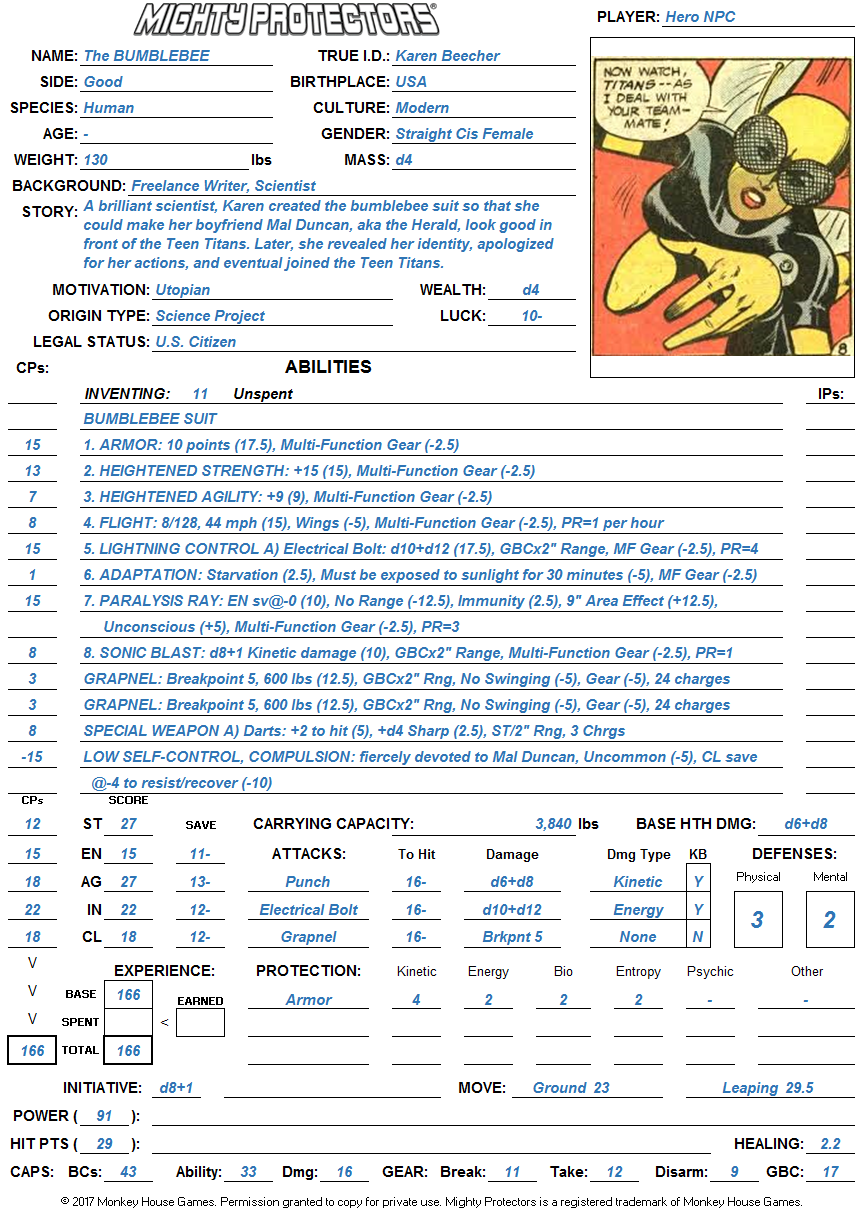 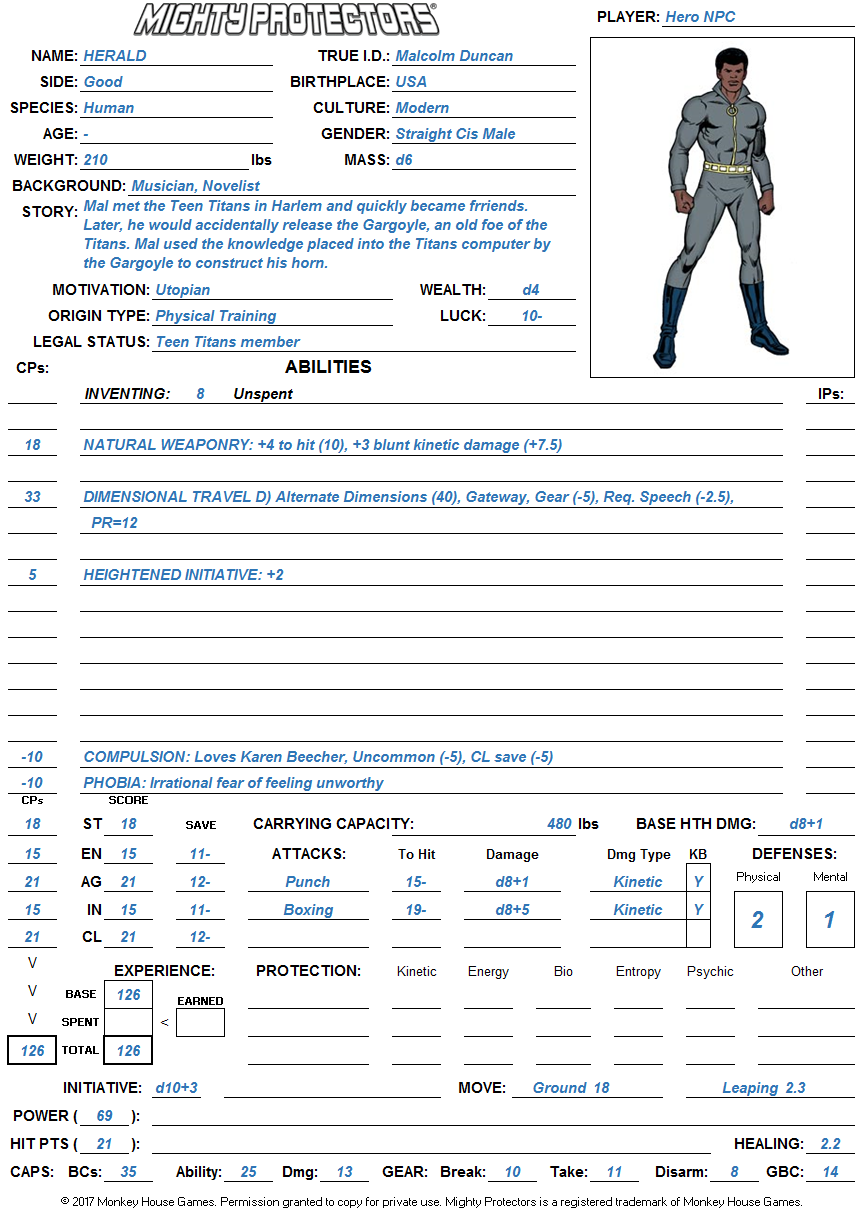 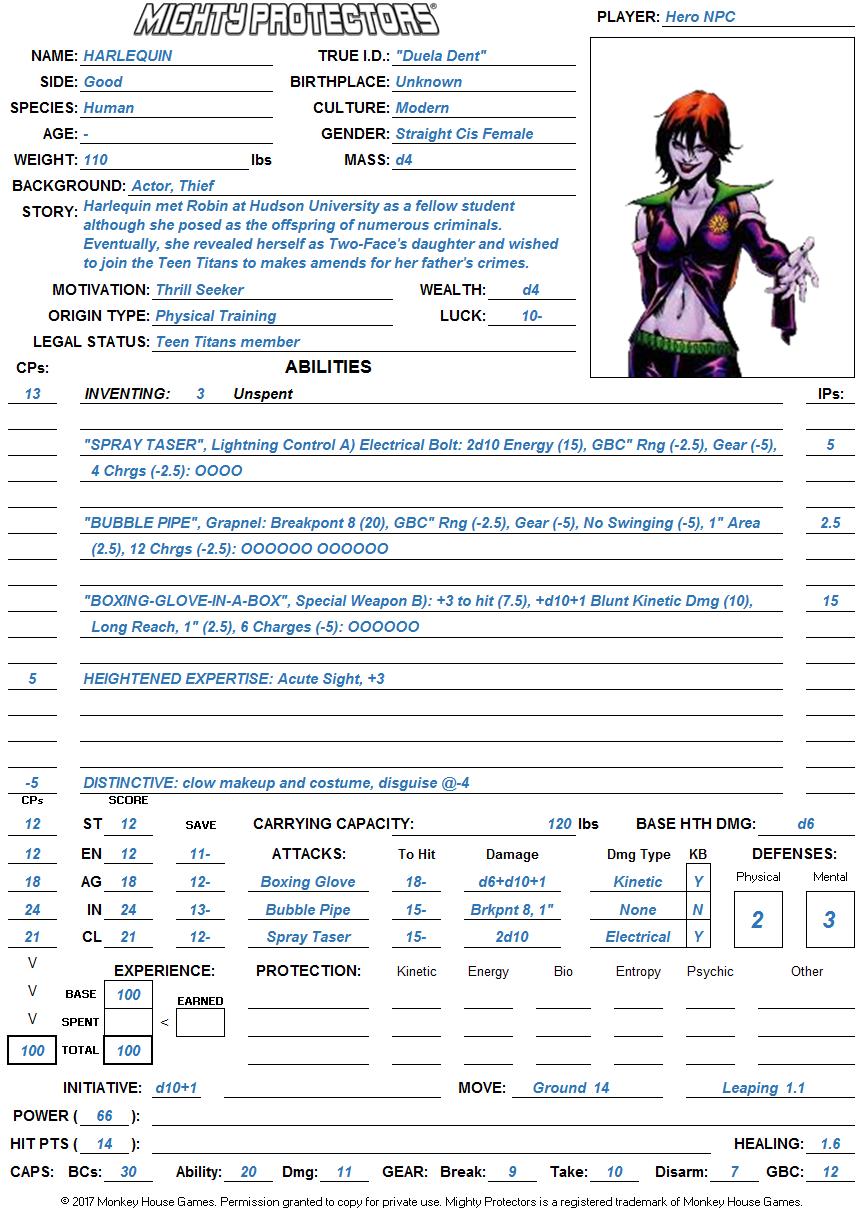 1. Harlequin's powers are gadgets that come from her Inventing Points. Her portrait is probably a later, post-Titans depiction.
2. The Herald gains Sonic Abilities (with his horn) at some point, but I didn't include them because it wasn't in my source.

Bumblebee, Herald, and Harlequin are trademarks of DC Comics. These write-ups are by B.K. Adams. Mighty Protectors is a trademark of Monkey House Games.
Posted by bk adams at 7:57 AM